Challenge:
At the start of summer 2014, Kenosha, Wisconsin, became home to a new Northwoods League baseball team – the Kenosha Kingfish. As a new addition to the Kenosha community, the team was in need of a spectacular way to introduce itself. Shine United, who had helped name the team as well as create the team logo, was now tasked with finding an engaging way to unveil the Kingfish as the new hometown team and generate excitement for their first season.

Solution:
To reach baseball fans and establish a community fan base, Shine created a poster campaign that enables the Kenosha Kingfish to find visibility within the community. With a fun, laid-back and oftentimes irreverent tone, the printed posters embody the fun-loving spirit that defines the mood of a Kingfish game. Boasting of good food, good beer and a good game, the messaging focuses on the inherent fun of America's favorite pastime.

Work:
With bold, graphic headlines set in the official Kingfish color scheme of red, blue and gold, the posters challenge the Kenosha community to fall in love with America's pastime all over again. One headline reads, “Spend quality time with a hotdog,” while another advises viewers to “Dust off your favorite peanut eating pants.” And they all include the rallying cry, “Long Live Baseball.”

Brag:
“At its core, going to a baseball game is just plain fun. Shine saw an opportunity to remind the Kenosha community why we love baseball. We focused on the little things that make all the difference – good food, cold beer and a great game,” says John Krull, creative director at Shine United. 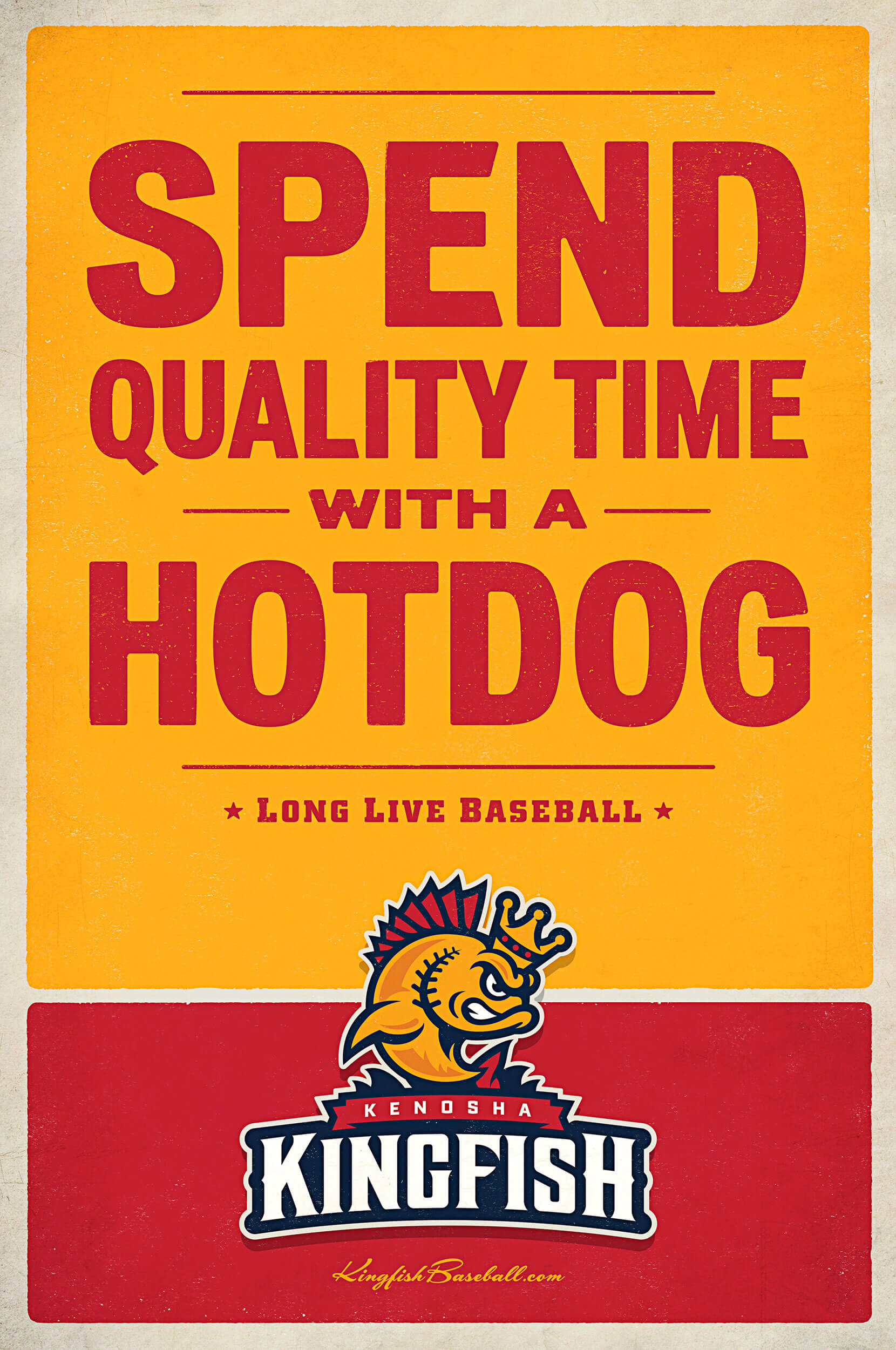